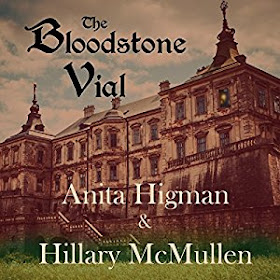 Anne and her mother, Dauphine, have gone quite suddenly from barely getting by to the new owners of Belrose Abbey and its late owner's fortune. The catch is, they have to live at Belrose Abbey...

One might think that with Ivan Helsberg safely dead, all would be well at Belrose Abbey now, but it seems there are still secrets to be uncovered. It's not just that the staff are still for the most part the staff that served Ivan; there's mounting evidence that there's someone, or something, living on the estate that they don't know about.

When Anne and Ivan's stepson Wyatt see a strange-looking person wandering the estate, and Dauphine finds blueprints that claim to be the plans for an insane asylum to be built on the estate, they start to get really alarmed.

It's all nicely atmospheric, with characters who are seemingly simple turning out to be interestingly complex.

I received a free copy of this audiobook and am reviewing it voluntarily.
Lis Carey at 12:30 AM
Share